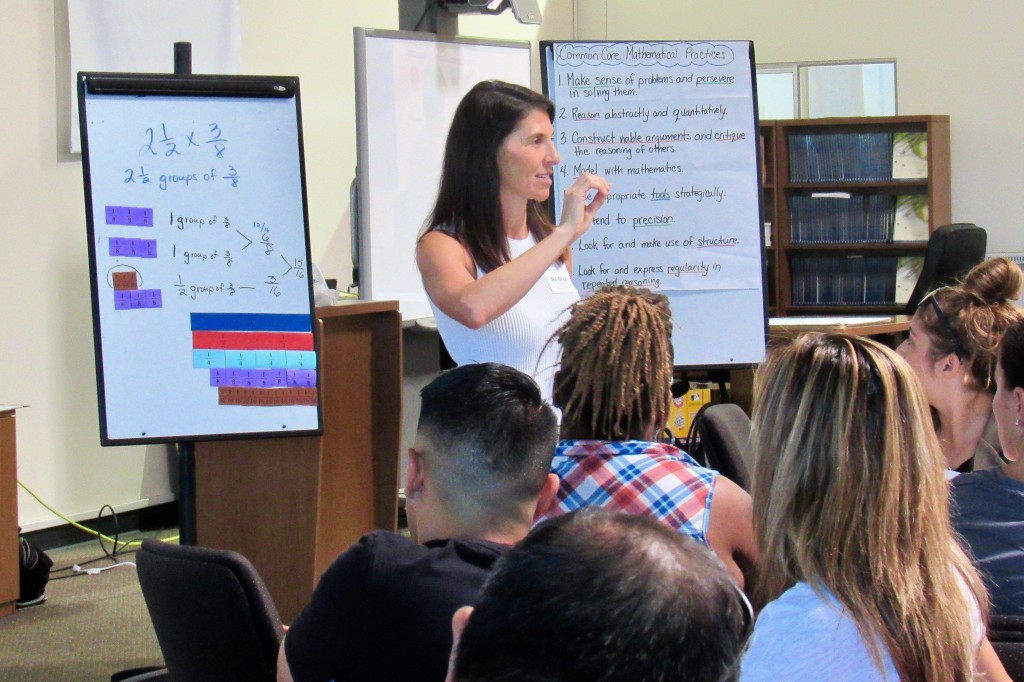 Funded through an initial grant from the Bill and Melinda Gates Foundation, the San Diego Math Network brings together K12 and university educators and educational leaders for collective teacher professional development and networking experiences, and public “Learning Events” exploring issues of critical regional importance in mathematics.

A crucial focus of the SDMN is strengthening the regional elementary to middle school transition, a key pipeline moment when gaps in mathematics progress jeopardize students’ future prospects. The SDMN is also convening conversations and efforts related to other “transitions” — like the transition to and from Algebra II, the “Achilles Heel” of college preparation efforts in our region and nationally. 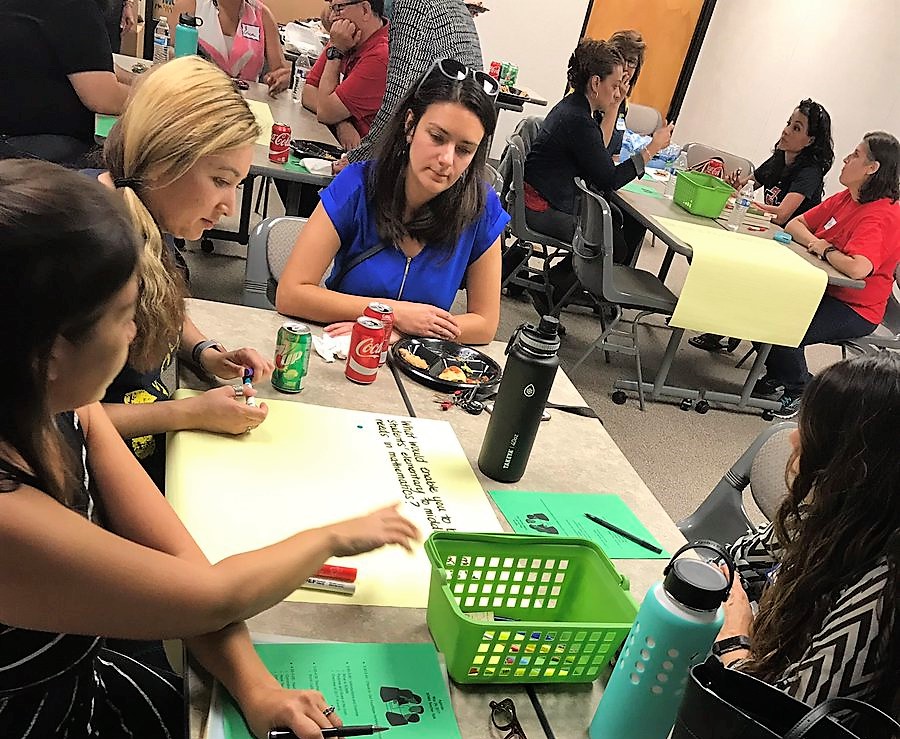 The SDMN has reached hundreds of distinct participants across more than 30 learning events hosted during the 2016-2017 school year, with many returning for multiple events to deepen their learning. These include:

• After school meetings where educators in Vista Unified School District analyzed network data and student performance data from their own district system, and considered how to strengthen relationships and address student needs;

• “Teacher talks” where middle school educators in Sweetwater Union High School District met colleagues from “feeder” elementaries in the Chula Vista Elementary School District, and articulated together what they most wanted to learn about, fueling next learning events;

• A “clothesline math” event where teachers from three districts shared and tried out a technique that had sparked excitement at a local math conference, featuring local professional development leaders Daniel Luevanos and Audrey Mendivil and teacher leaders from Sweetwater.

• An event helping teachers explore how to create “performance tasks” (rich math problems allowing students to show their learning), with colleagues from Sweetwater and The Preuss School UCSD;

• Several “off campus” conference events where teachers from all four districts got to travel and spend time planning with other educators from across the region, building relationships for future sharing;

• Monthly meetings where resource teachers and curriculum/instruction leaders from all participating districts and schools met to share the successes and struggles of the work. 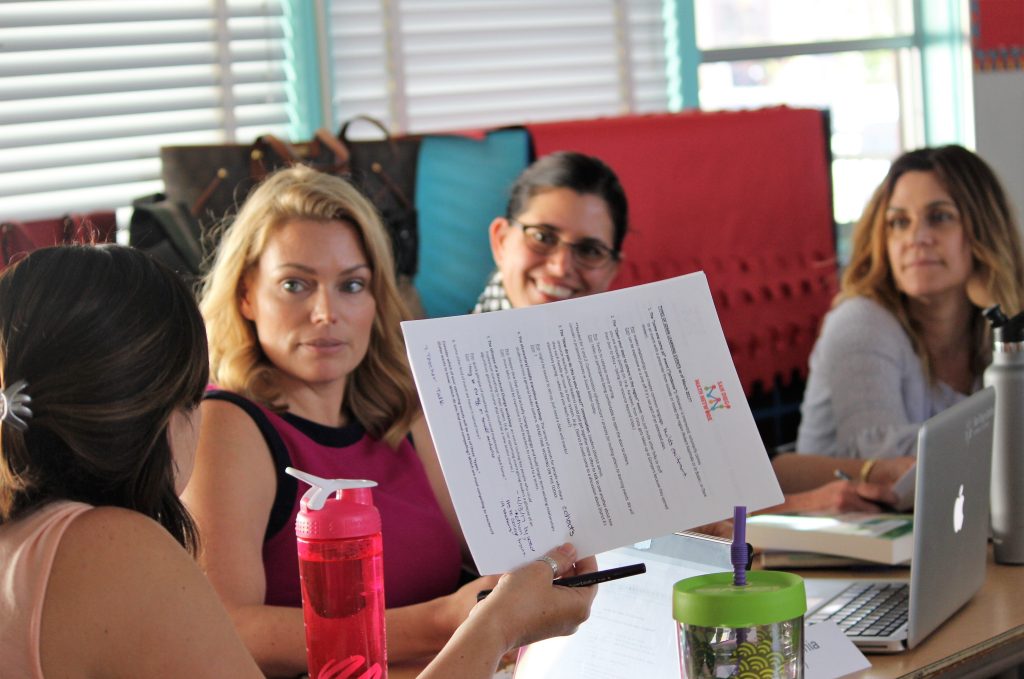 Like other events planned throughout the coming school year, the SDMN’s August 11 “Zeroing In” symposium will be designed to build cross-system partnership on this critical math “transition” subject. (If you don’t pass Algebra II, you won’t get a college degree in anything.) The “Zeroing In” event will be hosted by the SDMN in collaboration with the San Diego Community College District, the San Diego Unified School District, UCSD Education Studies, and state and local partners. Participants will include educators from other four year universities in our region (e.g. USD, SDSU), all ten local community colleges, and dozens of school districts.

The CREATE research and co-design team, led by Mica Pollock and Susan Yonezawa, has focused on learning which efforts participants deem most essential to network educators in new relationships AND improve the teaching of math. A district-embedded research team mentored by UC San Diego’s Education Studies partner Alan Daly is busy researching the network connections of participants. The UC San Diego-based core team has also been helping to design crucial SDMN collaboration infrastructure, like event invitations, a new website, and ongoing communications across network leaders.

The punchline? Improving math teaching and student learning is the end goal of any learning event. But without building relationships among those tackling math, the ongoing work of learning together can’t happen. As one district leader mused recently, the key is to create learning events that educators value enough to want to come to – both to learn new tools for mathematics teaching and to build the relationships keeping that learning going. Pay, food, and known names might grease the wheels for some events. But the key is tapping educators’ own excitement about improving their mathematics know-how and teaching craft!

CREATE (Center for Research on Educational Equity, Assessment and Teaching Excellence) is an energetic education research and partnership center addressing one of the major challenges facing California and San Diego: getting our diverse community of young people prepared for, admitted to, and succeeding in college and careers. CREATE houses an innovative team of researchers, youth mentors, and professional development experts working with the region’s teachers. We envision the San Diego region as a network of K-20 partners working together to support young people’s growth. View all posts by UCSD CREATE